The occipital bone is the curved part of your skull in the back of your head. The nerve that runs along this bone is called the occipital nerve. Occipital neuralgia is the pain of this nerve.

The symptoms of occipital neuralgia include severe throbbing pain on one or both sides, sensitivity to light, and pain behind the eye(s). Since these symptoms are some of the same symptoms of migraines, some people believe they have migraines because it's a more commonly known condition.

The symptoms of hydrocephalus include headaches due to the pressure, vomiting, irritability and vision problems including papilledema, which is the swelling of the optic nerve and explains sensitivity to light. As the condition progresses and cerebrospinal fluid continues to build up, someone with hydrocephalus may experience urinary incontinence, dementia and have trouble walking. Unfortunately, this condition can be fatal if not treated. Therefore, it is crucial to get a proper diagnosis to determine if your headaches are caused by this condition.

To diagnose hydrocephalus, a doctor will run a series of tests which may include an ultrasonography, a CT scan, and an MRI. Treatment for hydrocephalus involves the surgical placement of a shunt to drain the excess cerebrospinal fluid from the brain. Light sensitive sunglasses can help reduce pain from sensitivity to light.

The symptoms of Chiari malformation depend largely on if the herniation limits the flow of the cerebrospinal fluid. However, the most common symptom is a headache that starts in the back of the head and radiates towards the eyes. Other symptoms that mimic migraines include sensitivity to light, seeing flickers of light, and dizziness.

To diagnose this condition, a doctor will order a CT scan to determine if there is a herniation and a cine MRI to determine if the cerebrospinal fluid is affected. A cine MRI is a movie which shows the movement of the fluid. Treatment for Chiari involves lifestyle changes, such as wearing sunglasses for light sensitivity, but may involve surgery to remove a portion of the skull if the cerebrospinal fluid is blocked. 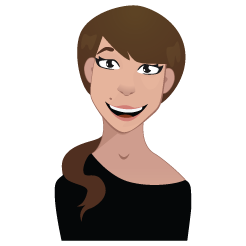 When I realized that my eyesight was troubled, I knew that I couldn't live without being able to see forever. Instead of trying to fumble through my day to day life, I headed to my optician to get an eye exam and check out my pair of glasses. It was a little intimidating, but I realized that it would be smart to invest in a set of frames that would hold up over the years. After searching through the available options, I finally settled on a really nice black set of frames that I thought would work well with lots of different outfits. This blog is all about helping you to find glasses you love.